Our Team at ENT Medical Group 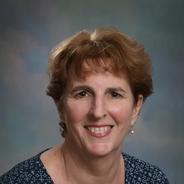 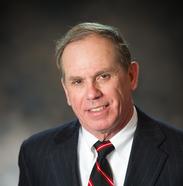 J. Gordon Vap, M.D., is a graduate of the University of California at Davis School of Medicine. He did his residency in otolaryngology at the Los Angeles County-University of Southern California Medical Center and was certified by the American Board of Otolaryngology in 1977. Additionally, Dr. Vap completed an otology fellowship (diseases and surgery of the ear) through the University of Southern California School of Medicine. A native of Nebraska, Dr. Vap first came to Washington, D.C. with the Navy in 1977 to serve as a medical staff specialist at the National Naval Medical Center in Bethesda. He is a fellow in the American College of Surgeons and the American Academy of Otolaryngology-Head and Neck Surgery. He has served as a consultant to the National Institutes of Health, the Walter Reed Army Medical Center, and the Medical Advisory Board of the Treatment and Learning Center.

Dr. Patrick Maiberger is a native of Rockville, Maryland.  He received his Bachelors Degree in History from the University of Virginia, graduating with distinction.  He earned his medical degree at the Medical College of Virginia/Virginia Commonwealth University (MCV/VCU) in Richmond, Virginia, where he was inducted into the Alpha Omega Alpha Honor Society.  He then completed his Otolaryngology/ Head and Neck Surgery Residency at MCV/VCU.  During his final year of residency, he served as Chief Resident.

Dr. Maiberger’s interest in otolaryngology began during a one-year post-baccalaureate fellowship researching cancer pathways at the National Cancer Institute of the National Institutes of Health.  During his medical training, he continued research in cochlear implants and has published and presented on non-melanoma skin cancer, the use of imaging technologies in the diagnosis of head and neck cancers, and safety practices among ENT residents.  He is board certified in otolaryngology/head and neck surgery with a focus on sinus and allergy.  He is a fellow in the American Academy of Otolaryngology-Head and Neck Surgery, the American Academy of Otolaryngic Allergy, and the American College of Surgeons.  He resides in Rockville with his wife and young daughters.

Kay Wise, AuD. has been a clinical audiologist for over 20 years and has extensive experience in diagnostic hearing and balance testing, and hearing aid evaluations and fittings. She is a graduate of the University of Maryland, with a B.A. in Hearing and Speech Science, and earned her Masters of Arts in Audiology from the George Washington University in 1986. Dr. Wise received her Au.D. (Doctor of Audiology) from the Arizona School of Health Sciences in 2001. Dr. Wise is a fellow of the American Academy of Audiology and the Maryland Academy of Audiology. Her special interests include vestibular testing and advanced hearing aide technologies. 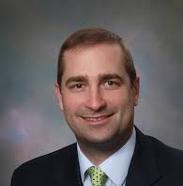